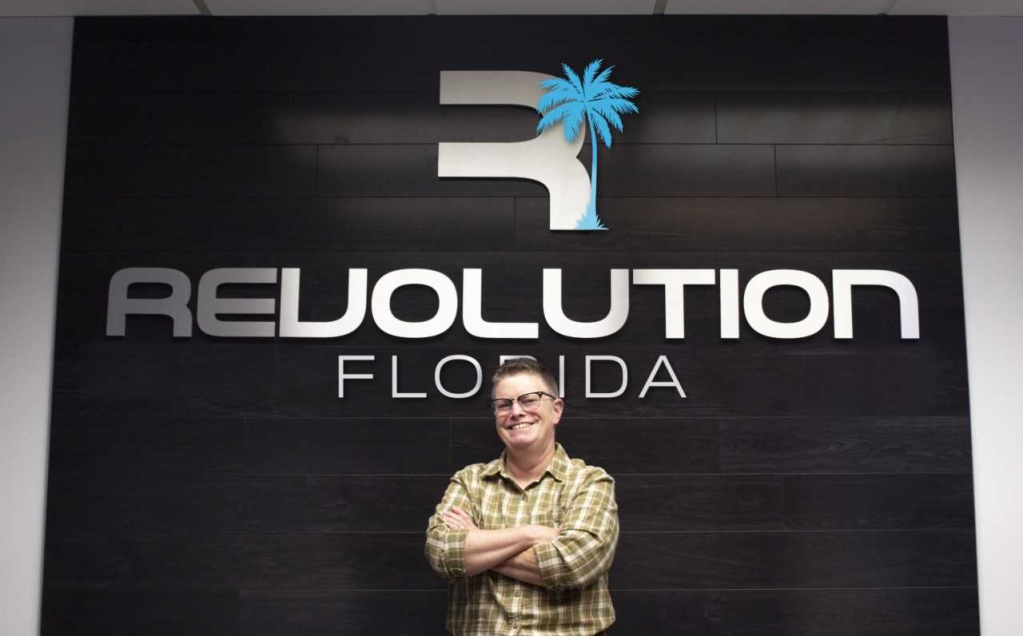 In the age of corporate cannabis, with seed-to-sale the de facto language of the trade, it can easily be forgotten that legalization was a movement born from the work of social justice activists beginning decades ago. As more recent events have shown, it’s difficult to divorce the cannabis conversation from the socio-political sphere of institutional racism, police brutality, and the larger Black Power movement as a whole. Nor should those efforts be looked at in vain, for they laid the groundwork that took cannabis from the back streets to the boardroom.

And then there’s one significant equal rights movement in America that made cannabis a rallying cry for marginalized voices everywhere and took a militant stance against forces of oppression at a time when the risks for doing so were significant. June is Pride Month, a celebration of LGBTQ persons everywhere, the hard-fought battles that they’ve won, and the beautiful souls that they’ve lost. It’s a moment that dates back to the Stonewall Riots in Greenwich Village in 1969, put on the calendar to memorialize the victories and losses that are still occurring today.

One of those victories in which the LGBTQ community was instrumental was pushing the cannabis question.

“It’s a history that, thankfully, more people are aware of now but it is still kind of hidden,” said Candace Gingrich. Gingrich, an LGBTQ activist who spent two decades working with the Human Rights Campaign. Known as the younger half-sibling of one of the more outspoken Speakers of the House in recent political history, Gingrich made a name for themself fighting for gay rights since the mid-nineties. Today, Gingrich is the Vice President and Head of Business Development at Revolution Florida, a cannabis company striving to increase access to legal cannabis.

“Unfortunately a lot of [LGBTQ] history is hidden period,” they continued. “But this one, in particular, I think as you know has some twists and turns.”

“This one,” is the intersection of LGBTQ history and the cannabis movement. Gingrich was moved to speak up in light of the national demonstrations that followed the brutal murder of George Floyd at the hands of the Minnesota Police Department. In a recent blog post titled “A Pride Month Reflection: Queers, Cannabis, & Justice,” they discussed how social justice movements in general — and the LGBTQ community in particular — were instrumental in forcing local and state governments to reconsider marijuana.

In the early 1980s, the AIDS crisis changed everything, explained Gingrich, who also noted that the government’s inaction forced the gay community’s hand. According to them, people were looking for help to relieve their pain and symptoms. And that’s when the world was introduced to Dennis Peron.

“Dennis Peron was himself already a cannabis advocate,” Gingrich told The PotNetwork. “But being in the Bay Area at the height of the AIDS crisis and the Bay Area also being one of the epicenters for cannabis culture; I think that it was kind of a perfect storm.”

Peron sold cannabis out of storefronts and organized buyers clubs in San Francisco. After his partner, Jonathan West, died of AIDS in 1990, Peron led the drive behind Proposition P, a resolution by the city government that called on the state to legalize medical cannabis.

And Peron was the driving force behind Proposition 215, which made California the first medical cannabis state back in 1996. But as Gingrich noted, it’s important to remember that Peron wasn’t a one-person show.

“Harvey Milk may not be directly involved [in the cannabis movement],” said Gingrich, “but one of the things that Dennis Perron did when he first moved to San Francisco was work on Harvey’s campaign. Dennis kind of cut his political chops, working for Harvey Milk. They remained friends afterward.”

The history of cannabis is filled with courageous names from the LGBTQ movement, as well as their allies. Brave people such as “Brownie Mary” who would bake a special batch of brownies for anyone who needed it, to help those with HIV and AIDS. People like Peron and Mary changed the face of the AIDS epidemic and made cannabis more acceptable to the masses.

This is why, in many ways, it’s so disheartening that the legal cannabis industry has come to be dominated by white cis-males — although, to be fair, in some ways, the tide is turning. Last year Gingrich joined cannabis operator Revolution Florida, a sister company of Illinois-based Revolution Enterprises, becoming one of the most high-profile LGBTQ persons in a cannabis boardroom. Not only is it their job to identify new business opportunities and market the company and its products in a more considerable effort to help Revolution expand, but Gingrich is also tasked with being Revolution’s ambassador to the LGBTQ community.

As Gingrich explained, it’s a vital role because when it comes to medical cannabis — or medicine in general, many in the LGBTQ community are at a disadvantage.

“We find a lot of ignorance in healthcare professionals, folks who have not had any training or even any cultural competence,” they said to The PotNetwork. “Queer patients who might want to explore cannabis as a treatment, some of them are faced with resistance.”

As they noted, when it comes to the cannabis industry at large, it can often be the same story. Because even though so many in the LGBTQ community were at the forefront of cannabis legalization — so much so that it can easily be argued that the gay rights movement was critical to the success of the cannabis legalization movement — so few have found success in this new chapter. It’s a story that repeats itself with women, people of color, and various minority groups.

But as Gingrich noted, it is also an issue of wealth and power. They explained that, in the early days of the cannabis movement, everything was inclusive and open and all about the people. But as the legalization movement became more corporatized, it became less democratic. Those who could access the funds necessary to enter the legal cannabis industry did, while everyone else sat on the sidelines.

“As things like capital and access to some money became an issue tt kind ended up that only the rich white guys were the ones who were able to participate,” they told The PotNetwork.

One of the things that Gingrich stressed, however, was intersectionality, or, as they put it, “the recognition of all the different ways that our identities impact and influence how we are treated and how we’re able to move through the world.” Because, according to them, every movement is more influential together and can only succeed when each and every one of them recognizes that. There are Black and Brown people in the LGBTQ movement, they said, and vice-versa. Everyone’s lives are intertwined.

That communities combined are more powerful than any individual movement is the message at the heart of Gingrich’s work. “[The] LA Pride Parade turned into Black Lives Matter,” said Gingrich, explaining how to powerful movements combined recently. “They purposely said, because the pride parade was canceled that they were still marching and they did and there were tens of thousands of people that were there.”

“In the end, we are all interconnected,” they continued.

But things are slowly becoming better, according to Gingrich, not that anyone should now stop putting in the work. According to them, however, there is progress. “Representation in the movement itself has become much more realistic and more similar to the actual diversity of the community and we’re slowly starting to see that happening also in the cannabis community as well,” Gingrich told The PotNetwork.

“But not without a hell of a lot of work,” they continued.

Originally published in The PotNetwork July 30, 2020