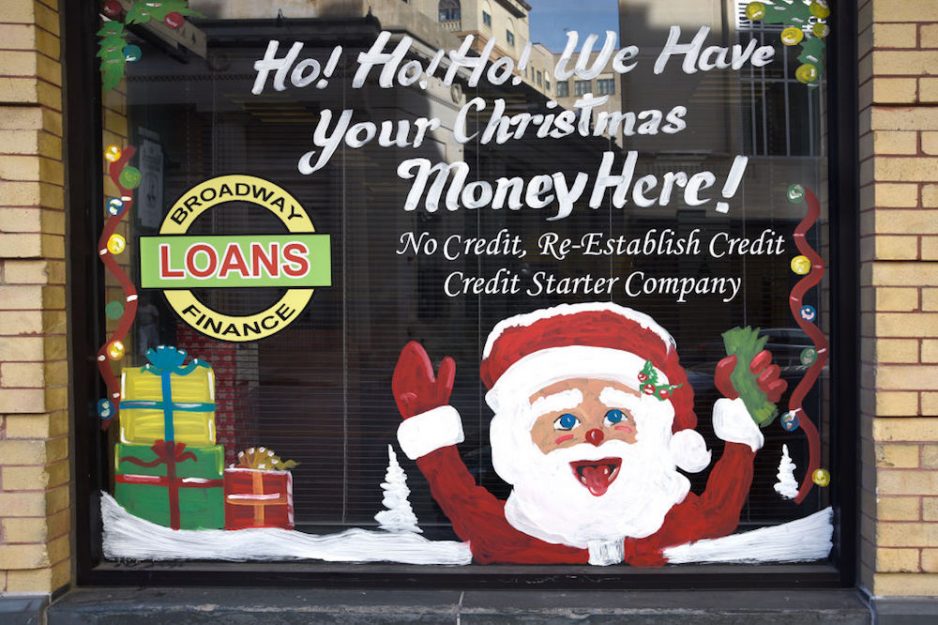 When a U.S. bankruptcy court requested an itemized list of all the assets my wife and I owned, it broke us free from the facade of the faux middle-class lifestyle in which we were pretending to live. Looking through a tally of borrowed items and hand-me-downs with a net value of nothing replaced the shame of failure with the realization that we never made it in the first place.

We sought refuge in bankruptcy’s lore of the American Dream, believing in the rhetoric of fresh starts and new beginnings. However, for millions of families, debt forgiveness isn’t enough. Without a sustainable income or other necessities such as adequate health care, a bankruptcy discharge can perpetuate the cycle of debt, opening the door to unique yet systemic forms of predatory lending.

Bankruptcy can be a powerful tool for families seeking relief from dire financial straits. Sherry Hoban, executive director for the Consumer Bankruptcy Assistance Project in Philadelphia, explained that discharging consumer debts works to the benefit of everyone. “The more people are able to take advantage of this benefit and able to discharge some of their back steps, be financially stable going forward, they will then be able to participate in the economy again to the benefit of the community,” she said.

Dr. Deborah Thorne, an associate professor of sociology at the University of Idaho, worked with Elizabeth Warren as part of the Consumer Bankruptcy Project and has studied bankruptcies for the past 25 years.

“I do think more people should file, and they should file sooner,” Thorne told me. “What happens is when they wait, they extract their wealth in ways that they shouldn’t. People are taking out from their 401(k)’s. They might be borrowing money from family members.”

Thorne, along with her colleague Dr. Katherine Porter (now Congresswoman Katherine Porter of California’s 45th District), sought to discover what happens to families like mine after they file. It’s a critical area of research that’s often ignored.

The results were startling.

According to their research, a full 25 percent of debtors continue to find themselves in a financially unstable situation post-bankruptcy. New bills plague these families even as old debts disappear. Contrary to the stigma, credit misuse does not fuel the cycle of debt in the post-discharge landscape. Mortgages, rent, utilities, and car payments keep most families underwater.

Thorne’s research found that almost one-third of filers consider their financial situations to be unchanged or worse off since their bankruptcy discharge. Declining household income triggered by illness, job loss, or advanced age could nullify the new beginnings associated with bankruptcy. And as Thorne told me, any combination of the three would most likely make the process a waste of time.

“It stops the debt collectors from harassing you,” Thorne said. “You can get a little bit of sleep for a while, and then it starts over again.”

Her research is echoed in the work of the late Dr. Song Han and Dr. Geng Li of the Federal Reserve Board. They found that not only do bankruptcy filers continue to suffer from financial distress in the short and long term, but these households tend to accumulate less wealth over time than comparable nonfilers.That’s capitalism.

And contrary to conventional wisdom, Han and Li found that the lending industry is eager to extend credit to recent bankruptcy filers, often with predatory loans that continue the cycle of debt. On average, my wife and I receive 10 credit card offers per month, not including solicitations for auto loans, payday loans, and mortgage refinances.

They’re all low-limit, high-fee cards with interest rates that would be illegal in a more fair society. Even with the caveat of those terms and conditions, I found it curious that lenders would want our business, considering we recently chose to forego paying our debts.

“[Bankruptcy filers] depend on it to make it day-to-day,” Thorne said in reference to post-discharge credit. She stressed that people were using it for necessities and not frivolous luxury goods. “And so, if you know that those people are vulnerable, heck yeah, that’s who you’re going to offer credit to.”

Dr. Benjamin Keys of the Wharton School of Business at the University of Pennsylvania, along with Han and Li, reviewed more than 200,000 credit card solicitations and linked them to borrower credit histories. He and his colleagues found that dependent on the boom-bust cycle of the economy, lenders are using bankruptcy records, not only credit scores, to tailor offers to consumers.

In hindsight, the reasoning is logical. Following the 2005 bankruptcy bill, which added cumbersome paperwork and financial costs to bankruptcy proceedings, the time allowed between chapter 7 filings was extended from six to eight years, though after a few ups and downs, filings returned to their 1990 levels by 2016. Recent filers are more likely to receive credit because they’re barred from filing for bankruptcy again for almost a decade.

“There are elements in which getting some access to credit can help to rebuild the credit score,” said Keys cautioning me not to apply a sinister motive to the practice. “That said, these cards can have very high fees and are very high cost for what they are, which is usually a low credit limit, and in many cases, they’re secured,” which means they require a security deposit from the customer.

Keys had the opportunity to inspect these mailings through a dataset provided by the company Mintel, a process he compared to participating in the Neilsen Television rating program. Mail offers for recent bankruptcy filers, he found, were quite different than typical credit card solicitations sent to the general population.

A mailing I received while writing this story came from The Bankruptcy Information and Re-Establishment Center, a Better Business Bureau accredited company, promising “you’re not getting the credit you deserve” and offering to pre-qualify me for a loan right now. “Re-establishing credit after bankruptcy is the only way to save money on future financing,” read the letter before noting in bold print, “you must make a new purchase after a bankruptcy in order to re-establish credit.”

“That’s capitalism,” as Thorne explained to me quite matter-of-factly at one point in our conversation.