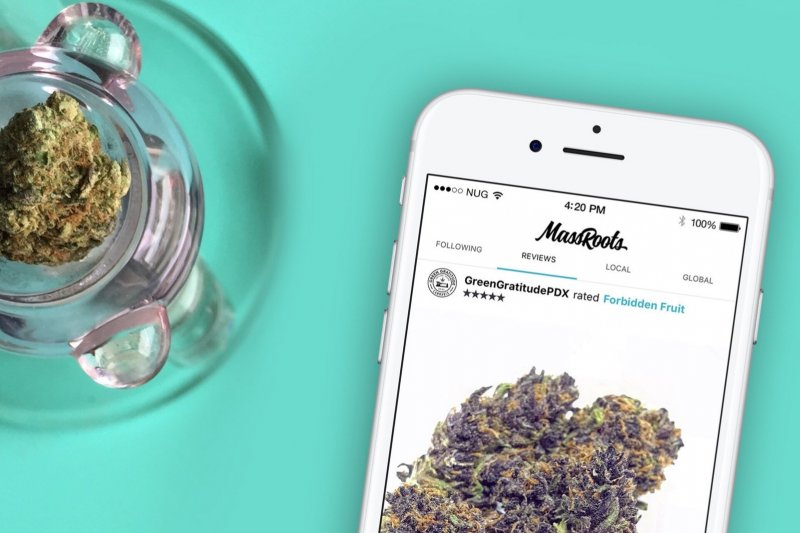 “I never thought I’d say this,” Isaac Dietrich mused, sounding like a man humbled by the events of his recent past. “Back when we first started trading, we were likely the most over-hyped, overestimated company on the market. Right now, I think we’re one of the most underestimated, under-hyped stocks.”

Dietrich, the once-and-current Chairman and CEO of cannabis technology platform MassRoots Inc.(OTCMKTS:MSRT) is the millennial wunderkind who steered his company and himself back from the brink on more than one occasion, stubbornly refusing to step aside when so many critics had left them both for dead.

As cliché as it may sound, MassRoots is now the perennial underdog of the cannabis industry, often overlooked and underestimated by detractors too easily distracted by big shiny objects. It’s a role that Dietrich embraces, as when he took to Twitter recently to lambast those who might discount MassRoots’ forward progress, proudly stating that the company’s plan is working.

“We have a model that is working very well for our shareholders,” Dietrich said matter-of-factly, expanding upon his social media screed. “It’s driving more sales in dispensaries, it’s rewarding our users and our audience, and I think it’s going to drive real revenue growth for our company that built a very fundamentally-sound business that, I think, can be a leading player in the cannabis industry.”

“We have about a $20 million market capitalization, we’re one of the most inexpensive stocks on the market now,” he added unabashedly.

Often brandished, for better or worse, as the Facebook of cannabis, Dietrich’s company quietly amassed over one million registered users. It made MassRoots not only one of the top tech platforms in the industry but one of the most recognizable as well.

Now, MassRoots is set on perfecting their platform.

In fact, Dietrich wrote in a shareholder letter this past summer of plans to relaunch the whole of MassRoots, both the mobile app as well as the core website.

“It’s a rebranding, and a refocus of our efforts and of our feature sets on what’s been most requested by our consumers,” Dietrich said of the company’s new direction. “And, at the same time, we’re also factoring in what really drives people to dispensaries, and allows us to monetize the platform and do so in a way that rewards users at the same time.”

They’re building an all-in-one marijuana app that, according to Dietrich, can do everything save for light a joint. The aim is to harness the collective power of those one million users by giving them a place to talk about particular products, review strains, and find the best cannabis to buy.

“And then, not only are we showing them where to purchase cannabis but now with WeedPass, we’re offering them rewards to really incentivize them to visit our participating dispensaries,” said Dietrich who was excited to discuss the company’s latest offering.

A rewards program for cannabis consumers, WeedPass charges dispensaries a nominal fee which allows them to list a given reward offering on its platform. The rewards — concert tickets, movie passes, or seats at a local sporting event — are purchased in bulk by WeedPass for $5 to $10 each and distributed to participating dispensaries who then give them to customers in return for spending specific amounts, usually around $50 to $75.

In beta testing since August of this year, the program is live in the Colorado and California markets and plans to expand into each state with a regulated cannabis market.

“It’s a great way for us to give back to the community,” said Dietrich. “Already, so far, we’ve distributed over $10,000 worth of tickets to our users, and we intend to keep doing that and keep growing the amount of tickets going through our platform.”

Overall, MassRoots has significant plans for the program. The current URL, weedpassnow.com, which allows consumers to sign on and view the various rewards in their local area integrates with the larger MassRoots app. Soon, however, WeedPass will break out on its own.

For Dietrich, though, the app, and the loyalty program are something more. It’s about proving to the world, and to himself, that MassRoots is still here, and still strong.

“Most importantly, it’s a model that works for our shareholders, and it’s going to be building shareholder value continuously over the next few months, few weeks, few quarters,” Dietrich pronounced. “It’s just a really exciting time to be involved and to be a part of MassRoots.”

“and they work powerfully in the upward direction…”

One thing Isaac Dietrich doesn’t do is stand down in the face of adversity. A corporate Captain America of sorts, his motto may well be, “I don’t like bullies; I don’t care where they’re from.” That’s why it wasn’t too surprising to see him take to Twitter recently to lambast a new Bank of America/Merrill Lynch policy that looks to restrict the purchase of penny stocks.

He called it a giveaway to big business at the expense of startups.

“Essentially, their policy is that no one should have the right to trade these stocks because some people lose money,” said Dietrich, obviously passionate about the topic. “But for a fully reporting company like MassRoots, all those risks are disclosed, we file our financials every quarter.”

Like the U.S.-Canadian cannabis divide that favors Licensed Producers, big banks like Bank of America are, in Dietrich’s eyes, creating an unlevel playing field for smaller companies. Moreover, they’re doing so under the guise of protecting investors, when, in reality, these banks are protecting themselves.

“People should have the right to trade fully reporting stocks,” he continued, railing against the all-too-familiar “Too Big To Fail” mentality. “We have the same disclosure requirements as these larger companies.”

He continued: “At the end of the day, institutions [and] accredited investors, they’re still able to trade penny stocks. I mean, if you’re an institution and you have an account at Bank of America, I highly doubt that they’re telling you, ‘No, you can’t trade this stock.’ The only people who are going to be able to be shareholders are wealthy people [and] already accredited investors.”

Dietrich acknowledged that, yes, there might be some risk involved, but right now the rewards are only being seen by a select few.

“Sometimes the businesses fail, but sometimes they work,” remarked Dietrich. “And they work powerfully in the upward direction.”

“I think that there’s a wisdom in the crowd…”

As for the future, one could argue that Dietrich’s mind is split. While technology may lay at the foundation of what’s ahead for MassRoots, and for the cannabis industry as a whole, according to him, how it evolves will vary.

“I think that a lot of the growing is going to be automated,” Dietrich said of the future of cannabis cultivation. “We really like what Grownetics is doing, trying to create A.I. machines that grow and produce cannabis, relying on A.I. to make it more efficient and grow higher-potency plants.”

He has some other tech and companies that he’s partial to as well, including CannaRegs, in which MassRoots is a shareholder, and FlowHub, the point-of-sale system in which they once were shareholders.

But for as much as Isaac Dietrich sees a future that’s automated, he still believes in people. After all, he’s written before about the power of crowdsourcing, comparing MassRoots to companies such as Amazon or a Yelp regarding how reviews work and how opinions are formed.

For the cannabis industry to survive, it must embrace the wisdom of the people. The age of experts is over.