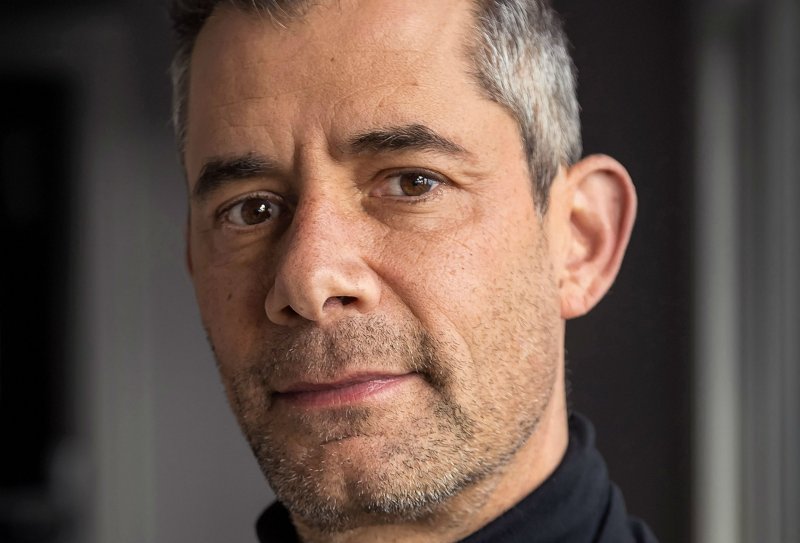 In early July the New York State Department of Financial Services issued a memo giving guidance to banking institutions hesitant to provide financial services to the medical marijuana industry. The memo, signed by the state’s Superintendent of Financial Services, Maria T. Vullo encouraged banks and credit unions to open relationships with legal cannabis businesses in spite of the drug’s Schedule I status under the Controlled Substances Act, under federal law.

According to Vullo, New York will not impose any regulatory action on financial institutions that choose to support the medical marijuana sector, so long as both parties continue to operate within the law.

Gov. Andrew Cuomo backed the department’s decision, echoing their support for New York’s medical marijuana and hemp industries. “The ability to establish a banking relationship is a challenge that legal industries face unlike no other,” Cuomo said in a statement released by his office. “As the federal government continues to sow discord surrounding the medical marijuana and industrial hemp businesses, New York has made significant progress in creating a supportive economic development and regulatory landscape for these companies.”

It’s a no-brainer decision for New York, as Vullo so-much-as admits in the department’s memo when she writes of the state’s mission to provide sustainable economic development for all businesses.  And as Cuomo now pushes to legalize recreational cannabis, may be what separates New York’s marijuana experiment from recent failures in California and Oregon.

“I think it’s going to be important because it’s New York,” said Paul Rosen, Chairman, and CEO of Tidal Royalty and a man who knows his way around the cannabis industry. He’s also the Director and Chair of the Audit Committee for iAnthus Capital Management as well as the former President and CEO of Cronos Group. And that’s just a sampling of his cannabis résumé.

“Is it going to be the innovation hub of global cannabis? There’s a lot of countries that are going to say they deserve that mantle,” continued Rosen. “I see New York State as being a very important jurisdiction because of its scale. To some degree, it’s the center of the capital universe. As New York goes, I would say the rest of the nation follows.”

“The business proposition is pretty straightforward.”

Paul Rosen knows a thing or two about the cannabis industry, having invested in the space on the ground floor. A lawyer by trade, Rosen steered some of the industry’s most significant companies in their early years, including In The Zone Produce and the aforementioned Cronos Group. He’s a Managing Partner at Breakwater Venture Capital and holds board memberships and advisory positions as well. Most recently, he oversaw Tidal Royalty’s debut on the Canadian Securities Exchange.

“The more I expose myself to the U.S. cannabis industry, partly by being on the board of iAnthus the last couple of years but also by making trips across several U.S. states that have cannabis programs, I was compelled by the opportunity to put the startup hat back on and to initiate Tidal Royalty,” Rosen said enthusiastically. “We’re now in a unique spot to provide non-diluted capital to the U.S cannabis industry. Tidal is everything I’ve learned in the last six years expressed into one surgical product.”

According to Rosen, Tidal Royalty is an ambitious project, one in which he hopes to develop the premier royalty financing company for the U.S. cannabis industry. Modeled after similar companies in the mining industry, Rosen considers Tidal to be unique among its peers. The key, said Rosen, is non-dilutive capital.

“The business proposition is pretty straightforward,” Rosen recalled. “Once we have found an operator and a jurisdiction and a business class that we like we’re prepared to put in meaningful amounts of capital —$5 million and up.”

He continued: “And in exchange for capital, we will tie ourselves to the top-line revenue that we help create. It gives the operators who are dilution-phobic the opportunity to run their company without massively expanding their shareholder base because we do not take shares per se. Also, we’re not charging interest per se because there are no accrued arrear interest payments pending the operation creating revenue.”

Moreover, Rosen noted that, according to him, another key to Tidal’s success is their diversified portfolio of exposure.

“I think they have the benefit of hindsight now.”

New York is already home to a large contingent of cannabis companies. Retail operation MedMen recently opened a lavish dispensary on 5th Avenue in New York City while John Boehner’s company, Acreage Holdings, had one of the largest funding rounds ever for a U.S. cannabis company in July. iAnthus, Pharmacann, and Vireo Health all have a hand in New York as well.

Regarding consumption, there is no city that beats the big apple. A study earlier this year by plant cultivation device manufacturer Seedo determined that New Yorkers consume more cannabis than anyone else on the planet. Each year Manhattan and the surrounding boroughs use upwards of 77 metric tons of marijuana, nearly double that of its closest competitor on the list.

State-wide, New York City Comptroller Scott M. Stringer estimated there to be around 1.5 million regular users of cannabis. According to a report put out by his office, that could translate into a $3.1 billion cannabis market for the state, with nearly one-third of that attributed to New York City alone.

To Rosen, and others like him in the cannabis space, New York is a prime spot for investments.

“I think they have the benefit of hindsight now,” said Rosen. “So we can look carefully at how Colorado rolled out and how Washington Rolled out and how Oregon rolled out. New York, even in the medical marijuana space has taken a one-step at a time cautious approach.”

However, according to Stringer, cannabis legalization would come with a combined state and local excise tax near 35 percent, which he projects would bring in up to $336 million in tax revenue annually for New York City and an additional $436 million annually for the state —when combined with the already in place 4 percent retail tax.

It’s numbers like that that allows the black market in California to continue to thrive.

“If they want to win —and by win I mean defeat the black market —and create a stable economic space for the development of a big industry then they need to find a mixture between caution and urgency,” said Rosen. “Because ultimately, in order to defeat the black market you need to have a competitive marketplace. You need to have the full range of products and behind it the full range of marketing prowess.”

“[New York] needs to let the free market compete against the grey and black [market] by not tieing its hands behind its back,” he continued.

“I would say I’m built for that risk.”

Whether or not Cuomo is serious about legalizing cannabis remains to be seen. A staunch prohibitionist, his position shifted considerably leftward following the rise of his election-year primary opponent, actress and former “Sex and The City” star Cynthia Nixon. Nixon, who presents perhaps the biggest threat to Cuomo’s agenda right now, made clear early on her position on cannabis legalization.

In response, Cuomo went all-out, first commissioning a study to gauge the repercussions of prohibition repeal, and then presenting his plan to legalize cannabis. Lt. Gov. Kathy Hochul signed onto Cuomo’s initiative as well.

“While the federal government ignores the reality of the benefits of medical marijuana and industrial hemp, New York has supported the development of the industry and advanced our agricultural economy,” said Lt. Gov. Kathy Hochul in a statement. “We’re cutting the red tape and removing regulatory barriers to support businesses in the legal cannabis industry. Today’s action to encourage banking relationships will go a long way to assist this emerging sector of our economy.”

But as PotNetwork reported recently, politics makes strange bedfellows. Political analyst Meg Ellis noted that Cuomo’s call for a working group to develop draft language for a cannabis legalization bill is set for 2019 —after, and only if he wins re-election.

“…that workgroup will only convene if New York re-elects Cuomo and if he feels like keeping this particular campaign promise,” writes Ellis.

Voters and investors may want to think twice before heading to the polls this September. According to Ellis’ reporting cannabis arrests in New York City continue to disproportionately affect African-American and Hispanic communities, despite announced moves to end the practice.

Still, Rosen remains positive. “Like all politicians I know they campaign on one platform and legislate or govern on another, but my read is that all of the information that has been marshalled to Gov. Cuomo says this is a public policy pickup,” opined Rosen on whether or not Cuomo would move forward with cannabis legalization should he win re-election. “At the very least it’s harm reductive; it’s a pickup for social justice. Look at who’s getting arrested for possession of cannabis in New York City and New York State. It’s disproportionately people of color.”

Regarding the cannabis industry, Rosen’s optimism goes beyond New York. While the state remains on his radar, he, like most in the space, has his eyes set on a much larger prize. Asked about the perils of entering the U.S. cannabis industry at this moment in time, Rosen embraced the very thing that scares off most investors.

“I would say I’m built for that risk,” said Rosen. “Everything in my analysis and my experience suggests to me that the risk is the opportunity. And I would say generally early-stage cannabis investing is risky. The opportunity is so electrifying right now because people are so afraid. I believe there is a clear trend line that legalization on the federal level is inevitable and relatively imminent.”

“Though I’m not going to give a timeline,” he added.